An unseen intruder overran a crop of California’s most treasured ornamental trees in 2012. The budding branches of coral beans, the official city tree of Los Angeles, began drooping and dropping away, showing stems hollowed out from the interior by Erythrina stem borer moth larvae.

New research published this week in the Journal of Applied Entomology exposes the culprit’s origin through DNA analysis of insects donated by the late Dan Lindsley, a retired UC San Diego genetics professor. 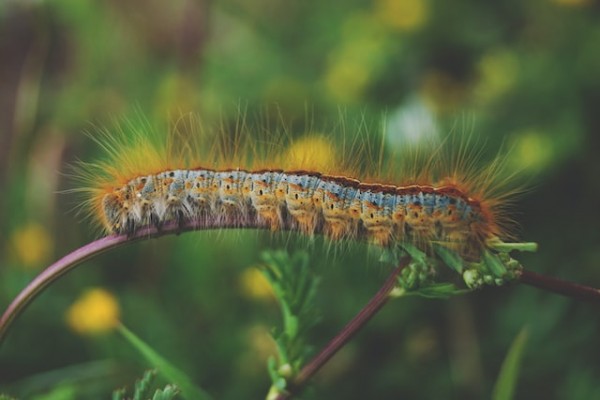 Lindsley discovered a new visitor to the bug lights he’d placed up outside his home in La Jolla, CA to study the local moths the same year southern California’s coral beans were dying from their peculiar disease, as per ScienceDaily.

Lindsley forwarded these and other moth specimens to Andrei Sourakov, the study’s principal author and collections coordinator at the McGuire Center for Lepidoptera and Biodiversity at the Florida Museum of Natural History.

Sourakov was shocked by the presence, even preponderance, of Erythrina borers in the first box, identifying the mottled brown moths as the newcomers among Lindsley’s samples.

Sourakov linked the prevalence of Erythrina stem borers to the exceptionally high quantity of rainfall experienced by Southern California two years before the epidemic.

Their unexpected rise was a bad omen for the state’s coral trees and the horticulture enterprises that grew them.

Erythrina stem borer larvae nibble their way through pliable stems, causing the tree to die slowly as shoots are devoured quicker than they can develop.

The larvae are particularly drawn to the bright red blossoms of coral beans and may dig into mature fruit to devour the seeds.

It wasn’t long before Sourakov began receiving questions from residents concerned about their coral beans.

While the moths’ numbers have decreased after the 2015 epidemic, they have been detected in southern California every year since indicating that they are here to stay.

Before officials can eradicate the bugs, they must first determine where they originated.

The nearest populations in the Sonoran and Chihuahuan Deserts are obvious possibilities, but Erythrina stem borers have a vast range, ranging from Florida to the Caribbean and portions of South America, with very similar species also found in Africa and Asia.

Because stem borers may quickly move from one location to another within their host plants, they could have arrived from anywhere in the world via the horticultural trade.

Researchers concluded that the moths were most closely linked to those found in the Baja Peninsula and Arizona by decoding the DNA of Lindsley’s specimens and comparing it to that of moths from other nations and states.

Although the moths of North and South America appear to be almost identical, a DNA study indicated that the western moths were on a completely different evolutionary path than their eastern cousins.

The specimens were found to be western, but to our amazement, all western moths were genetically separated from the rest of the New World, according to Sourakov.

They had two entities here, one from Florida to Argentina and the other from western North America, which we called a new subspecies.

While it is still conceivable that the insects were transported into California unknowingly, their arrival might also be the consequence of a natural extension of their range, which could be mediated by regional climatic changes.

The researchers completed their investigation with advice on how to remove their infiltration using synthetic pheromones to entice and trap adult moths, now that they know where the moths are coming from.

Also known as the Erythrina twig borer (Terastia meticulosalis), is a potentially lethal Erythrina species pest, that has been spotted multiple times in southern California from San Diego to Ventura in the latter part of 2015, as per the University of California Agriculture and Natural Resources Department.

Erythrina, a Fabaceae family member, comprises some of the most useful, valuable, well-adapted, and stunning blooming trees in southern California, embellishing landscapes along the coast and nearby plains and valleys.

The abundance of sightings implies a more recent arrival, yet the ESB was first observed in 1973 at Fort Piute in the California desert north of Needles near Nevada’s southern point.

The ESB is of particular concern to us since so little is known about its treatment, and it looks to be particularly damaging to coral trees, infesting seeds, shredding branch tips, and even killing entire plants.

It is a significant pest of naturally existing and imported coral trees in Florida, where it is native, and is awarded for agriculture, medicine, and landscape ornamentation.

Because of the ESB, it is very hard to cultivate exotic coral trees in Florida.

The ESB is one of five species of the Terastia genus, which includes moths from the Americas through Africa, Asia, and the western Pacific.

The ESB is the only species in the genus that is indigenous to the Americas. T africana, T egialealis (Africa), T margaritis (India), and T subjectalis are the other four species (Asia and western Pacific).

Related articles: 6 Invasive Insects You Should Need To Kill Immediately According to Scientists

© 2022 NatureWorldNews.com All rights reserved. Do not reproduce without permission.