Established more than 50 years, Preston-based BAKO distributes bakery products to customers across the UK with a multi-temperature fleet of in excess of 70 vehicles.

The company provides independent bakers and caterers with a wide range of ingredients and finished products from quality suppliers, as well as its own BAKO Select branded range.

Jones brings more than 18 years of experience in the food manufacture industry, and Wright has in excess of 13 years’ business development experience in a variety of sectors. Both will be responsible for developing relationships with customers outside BAKO’s core markets of independent, medium and large bakeries.

“BAKO are seeking to develop opportunities in these further sectors, throughout the UK, and develop our presence as a recognized supplier to the food manufacturers and the wider industry.”

Specialist lender Cambridge & Counties Bank has expanded its North West real estate team with the appointment of Paul Bagnall to the role of relationship manager. Based in Manchester, Paul will report to Carl Ashley, regional director-North & Scotland at the bank.

Paul has 20 years’ experience working with property professionals and SMEs. He began his career with the Christie Group as a commercial mortgage broker before taking responsibility for the North region at boutique brokerage Axis Commercial Finance. 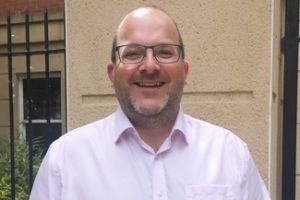 His appointment reflects the strong growth of the bank’s regional North West property book and strong demand from real estate professionals and SMEs – and the commercial finance brokers that serve them – for its dedicated lending products.

Cambridge & Counties Bank recently announced it had seen total lending top £1bn as part of its 10th anniversary celebrations in June this year. Over the past decade, it has grown into a significant competitor in its selected markets and business lines. Deposits have grown to more than £1bn as of the end of 2021.

Originally focused on the local East Midlands region served through one branch, the Leicester-headquartered bank has seen staff numbers increase to more than 200, with major offices now in Sheffield, Bristol, London, and Glasgow. The addition of Paul means the bank now has 13 members of staff covering the North and Scotland region.

Paul Bagnall said: “The bank’s culture really impressed me as an introducer almost 10 years ago and I’m pleased to now be able to offer the same helpful, entrepreneurial and friendly approach to the broker, property and SME communities across the region.”

Carl Ashley said: “Paul has extensive experience and a deep understanding of the needs of our clients and the brokers that support them. The North West is a key growth market for the bank and we will continue to invest in the local team.”

Experienced serious injury solicitor Kerry Gillespie has been recognized for establishing her position as an ‘integral figure’ at Hudgell Solicitors by being promoted to the role of associate solicitor.

Since joining in 2021, Mrs Gillespie, who works out of the firm’s Manchester office, has developed her own caseload of serious injury claims, many with potential settlement values ​​into seven figure damages.

Providing a supporting role to serious injury managers Sarah Patten in Manchester and Samuel McFadyen in Hull, she has also helped reshape a growing department while playing a leading role in representing and supporting a group of more than 150 injured survivors of the 2017 Manchester Arena bombing.

Mrs. Gillespie has also played a pivotal role in establishing and implementing a dedicated serious injury pledge which stretches from providing immediate and wide-ranging support for clients and their families at the outset of a claim, through to ensuring vital longer term assistance is provided well after legal matters are completed. 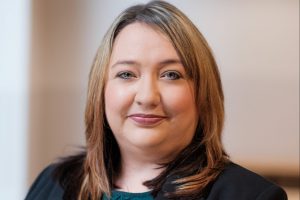 She has also taken the lead on Hudgells’ work in supporting people injured during military service, either through negligence claims against the Ministry of Defense or through the Government-led Armed Forces Compensation Scheme.

More recently the department has launched support for former British servicemen and women to seek compensation from the US government in relation to serious illnesses, including cancers, caused when stationed at the Camp Lejeune in North Carolina between the 1950s and 80s, when people were exposed to contaminated water supplies.

Mrs Gillespie, who has been a solicitor since 2008 and specializes in spinal cord injury and amputation claims, becomes the 12th member of the Hudgell legal team to be promoted to the role of associate since the position was first introduced in January last year.

Rachel Di Clemente, chief executive of Hudgell Solicitors, said of Kerry’s appointment: “It is a reflection of the significant impact she has had since joining the firm last year. She has become an integral part of legal teams supporting on major cases for the business and she is also heavily involved in business development.

“We established the associates role to reward high performing staff who are not only committed to doing a great job for our clients, but also show dedication and passion each and every day to help the business to develop and grow. It is a testament to the success of the roles that since they were established in January 2021, five of the initial group of eight have gone on to be promoted into managerial roles, and we have made a further four associate appointments.”

Specialist asset-based lender, Ultimate Finance, has appointed Ronnie Stokes to head of sales for the North of England and Scotland.

Ronnie has more than 26 years’ experience in asset-based lending and banking and joined the business as a regional director in June. His expertise, knowledge and understanding in structuring complex multi-product funding facilities will ensure Ultimate Finance continues to be well placed to support its introducers and clients. 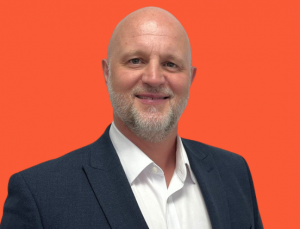 Ronnie takes over from Richard Hamilton who leaves Ultimate Finance to pursue a different opportunity.

Ronnie said: “I am excited to lead an experienced team of regional directors across the North of England and Scotland. Going into 2023 we will build upon the team’s formidable reputation in the market for listening to the customers and supporting their funding needs.”

Andrew Ribbins, group sales director at Ultimate Finance, said: “At the end of Q3 we saw a fund in use of a total of over £280m and Ronnie’s new role will see him play an integral part in further driving that growth and enhancing our regional presence as we continue with our desire to support more SMEs with much needed access to liquidity going into 2023 and beyond.”

International, independent real estate consultancy Hollis has surpassed its 500-employee mark for the first time in its 30-year history, with the addition of two new associates while also making two senior promotions in Manchester.

Alan Wales joins Hollis as an associate. He graduated from Liverpool John Moores University with a First Class Honors in Building Surveying in 2015 and has more than seven years’ experience working across the industrial, commercial and retail sectors. Wales will specialize in technical due diligence and vendor surveys, dilapidations and project management.

Nathan Hooper joins as an associate specializing in project management after previously working on the delivery of Radisson RED Liverpool, the extensive £30m refurbishment of the Grade II-listed North Western Hall into a 201-room modern hotel. He has led in the delivery of various construction projects across a variety of sectors such as PBSA, PRS, bespoke housing and hospitality. Hooper is also currently studying towards a Master of Law degree in Construction Law and Practice at the University of Salford.

James Clark has been promoted to senior associate in Manchester. He joined Hollis as a Chartered Building Surveyor in 2015 and has experience in all core areas of commercial building surveying, with a particular interest in technical due diligence and defect analysis.

Nick Higson has been promoted to senior Chartered Architectural Technologist. He joined Hollis as an architectural technologist in 2014 and became Chartered in September this year. Working across the office, retail and industrial sectors, Higson specializes in architectural design and measured surveys. 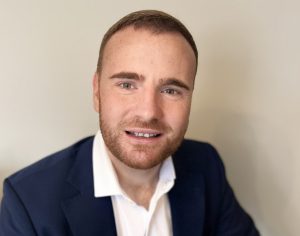 David McBride, head of Hollis in Manchester, said: “Not only have we surpassed 500 employees as a firm, but our Manchester team recently celebrated its 30th year of business. Both milestones are a reflection of the incredible growth Hollis has experienced, particularly in the past two years as we have continued to invest in our people and ways of working despite a challenging backdrop.

“Alan and Nathan’s appointment form part of a company-wide recruitment drive to ensure new and existing clients continue to receive consistent and high level service. Their industry expertise will be invaluable as we look to bolster our client offerings in Manchester and surrounding areas.

“As our workforce, service offerings and client lists continue to expand, we also realize the importance of recognizing the talents and contributions of employees like James and Nick. They have each shown exemplary levels of work ethics and commitment alongside innovative ways of working.”

The Manchester-based company is embarking on an expansion plan, helping to remediate dangerous cladding on high-rise residential buildings in the UK.

Lord Harrington will advise Intelligent FS on its growth plan, governance arrangements and provide strategic counsel on its priority to tackle unsafe cladding on buildings across the nation.

The business has major construction projects under way in Manchester, Birmingham and Leeds and is set to strengthen its cladding work portfolio across the UK even further in 2023. 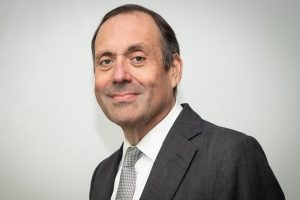 Lord Harrington recently served as Minister of State for Refugees jointly in the Department for Leveling Up, Housing and Communities and the Home Office between March and September 2022. He helped the Government welcome more than 100,000 refugees fleeing the conflict in Ukraine.

Elected as Conservative MP for Watford in May 2010, he was previously Construction Minister at the Department for Business, Energy, and Industrial Strategy from June 2017 to March 2019.

The cladding firm, which was established in 2016, is set to turn over £32m as it broadens its scope across the health, infrastructure, and facilities sectors.

Lord Harrington said: “Intelligent FS has already contributed significantly to the removal of dangerous cladding on buildings. There is an incredible amount of work still to be done and the team at Intelligent are at the forefront of making buildings across the country safer for communities.

“This is an important area of ​​work which needs to be tackled in the coming years and I’m proud to be able to help the company deliver that.

“As a former Construction Minister and my background in business, I believe my experience will serve the company well as it expands its cladding work across the UK. I am glad to accept this position and I am looking forward to supporting the team.”

Intelligent FS co-founders, Rob Williams and Adam Gallagher, said: “We are on a mission to solve Britain’s cladding crisis. We have an extensive and thorough plan in place to help safeguard residents. Intelligent FS takes a meticulous approach to every project, ensuring the very highest standards of quality and safety.

“We are pleased to welcome Richard to the team. He brings notable business and Ministerial experience to the table, and shares a real commitment to protecting lives across the country. His work will be vital as we grow over the next couple of years, not only across the North of England, but the wider UK.”